Evangeline Linkous | Sarasota County, Florida established a reputation as a leader in smart growth planning with adoption of its Sarasota 2050 plan in 2002. As an alternative to sprawl in the countryside, the plan envisions a new form of development composed of compact villages and open space protections for land beyond the county’s urban growth boundary. In 2003, Sarasota 2050 was recognized with the Charter Award from the Congress for New Urbanism. Read More 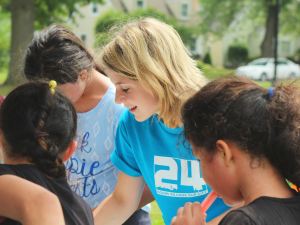 Andrew Smith | When I arrived at the University of Texas Rio Grande Valley (UTRGV) and learned I had the freedom to incorporate service learning into my courses, I leapt at the opportunity to educate my students on the importance of community engagement and the hands-on application of the material we discussed in class, for multiple reasons. Service learning in undergrad allowed me to know my local community better, delve deeper into social science theories surrounding the issues related to the communities in which I served (education policy, the politics of disaster relief, etc.), and working as a team to accomplish important tasks in the broader community. Civic engagement is also a way to simultaneously counter the growing “polarization” of American politics and foster a sense of interconnectivity between the academy, students, and the community. Read More 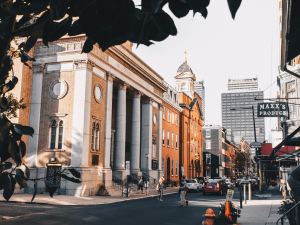 Stephen J. McGovern | Regime theory has dominated the analysis of urban politics since the publication in 1989 of Clarence Stone’s seminal book, Regime Politics: Governing Atlanta, 1946-1988. As with any influential theory, there have been trenchant criticisms, but for years no alternative approach has emerged to challenge its leading position within the field. Read More 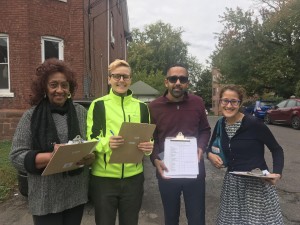 Megan Brown | At traditional academic research centers, faculty and graduate students make decisions on what topics to study. The Liberal Arts Action Lab reverses roles by empowering local residents of Hartford, Connecticut to drive this process. Prospective community partners from different neighborhood groups and non-profit organizations submit one-page proposals about real-world problems they wish to solve. All must agree to share their proposals on a public web page, designed to share -- rather than hide -- what different organizations are planning to work on. Read More

Editor’s Note (Jered Carr): We wanted to take this opportunity to highlight three important books published last year on urban politics. Michael Craw of Evergreen State College chaired the committee responsible for selecting the recipient of the Dennis Judd Best Book Award given by the Urban and Local Politics Section of the American Political Science Association in August 2019. In this post, he briefly describes the committee’s top three choices for best book published on 2018. Read More

Michael Craw and Tusty ten Bensel | Prisoner re-entry and recidivism pose significant challenges for many of our most economically disadvantaged neighborhoods. Ex-offenders face such disadvantages as weakened family and social relationships, outdated skills, stigma in the labor market, and psychological trauma from prison experience. The social isolation and economic vulnerability that ex-offenders face spills over into their neighborhoods, reinforcing neighborhood poverty and weakening local social institutions. At the same time, neighborhood poverty and other forms of disadvantage create barriers to successful re-entry and make it more likely that an ex-prisoner will re-offend. These findings lead many researchers to conclude that cycles of incarceration and re-entry reinforce neighborhood disadvantage in many communities. Read More

Richard O. Welsh, Sheneka Williams, Shafiqua Little, and Jerome Graham | There is widespread agreement among educational stakeholders on the urgency of school improvement. Educational actors ranging from policymakers, educators, parents to non-profit organizations and corporations insist that the public school system has failed too many underprivileged children and improving struggling schools is a central challenge in public education. Read More

Kristin L. Perkins | Since the mid-2000s millions of Americans have had personal experiences with foreclosure. Both homeowners and renters were affected by the surge in foreclosures over the last decade and neighborhoods of all types nationwide were exposed to risky mortgage lending, foreclosure sales, and vacant properties. Many studies have shown that foreclosures have negative effects on individuals and neighborhoods. Much of this research has focused on the effects of foreclosures on sales prices of neighboring homes and on neighborhood conditions like crime and neglected and poorly maintained properties. Read More

Eric Heberlig (UNC) | It seems straightforward that political advancement would be based on politicians’ accomplishments in office. Voters should want to reward politicians who have demonstrated their competence in office. Apart from the effects of the economy and war on presidential campaigns, there has been little direct examination of whether, and if so how, specific performance in office is related to politicians’ career decisions. Part of the reason for this dearth of research is that voters are generally thought to have very little knowledge, beyond party identification and name recognition, about most politicians. This is particularly true for local offices which typically do not focus on divisive issues that draw intense media coverage and typically do not involve substantial campaign spending. Read More

Urban Affairs Review is sponsoring a $250 award for the Best Paper in Urban or Regional Politics presented at the 2019 American Political Science Association conference. We encourage chairs of all Urban and Local Politics Section panels to nominate papers. We also welcome self-nominations. Papers presented on any panel associated with the conference are eligible for this award. Read More