By P. Nicole King (University of Maryland Baltimore County) and Meghan Ashlin Rich (University of Scranton) | Hudson Yards in New York City. L.A. Live in Los Angeles. Penn’s Landing in Philadelphia. The Amazon HQ2 in Crystal City, Virginia. Cities in the U.S. are competing with each other for corporate investment and population growth, and mega-developments are an increasingly popular way to redevelop distressed urban areas. But can multi-million dollar mega-development projects serve as revitalization engines for cities while building partnerships and neighborhood capacities for economically struggling communities? Our research explores what happens when local neighborhoods organize to build community power and demand community benefits from private developers who make claims of “inclusive” redevelopment. Read More

By Jessica Trounstine (University of California, Merced) | The 1926 Supreme Court decision Euclid v. Ambler upheld the right of cities to use their police powers to regulate how and where development would occur within their borders. In his opinion, Justice Sutherland famously described the apartment house as, “often a mere parasite, constructed in order to take advantage of the open spaces and attractive surroundings created by the residential character of the district.” Today, many communities throughout the United States appear to agree with Justice Sutherland’s assessment. Virtually every city in the United States bans multifamily homes in at least some neighborhoods, and in many cities most residential land is restricted to single family homes (Badger and Bui 2019). This is the case even though many metropolitan areas are facing skyrocketing housing costs and increased environmental degradation that could be alleviated by denser housing supply. Some scholars have argued that an unrepresentative set of vocal development opponents are the culprits behind this collective action failure. Yet, recent work suggests that opposition to density may be widespread. In this research note, I provide evidence that preferences for single-family development are ubiquitous. I provide evidence that communities seek to block apartment buildings as a way to prevent a host of perceived negative outcomes from befalling their community.   Read More

Yang Yu | There is an increasing tension between the land development regime and the grassroots anti-growth coalition in Hong Kong, where public spaces have played a critical role. After the transfer of sovereignty in 1997, Hong Kong's society seemed to decline from prosperous to turbulent, which has aroused public concern in recent years. Many attribute the current dilemma to the regime transition from the British Hong Kong Government to the Hong Kong Autonomous Government and thus conclude that the transitional process of regime change is driven by exogenous factors. Read More

Among the most common questions asked about the Olympics by scholars and the public alike is: “Why do cities want to host the Olympics anyway?” Our recent research shifts the question from the rationales proposed by elites to how local residents encounter the Games through its various stages from bidding to post-Games perceptions. Such a perspective is particularly important given the pressure that has emerged from local residents in recent years in bid cities that has frequently scuttled Olympic aspirations. Read More

By Michael Manville and Daniel Kuhlmann | Most big cities grow, but a handful of once-large American cities continuously shrink. Twenty-one of the 110 largest central cities in the US have lost population every decade since 1980. Once centers of wealth and industry, these places are shadows of their former selves. In 1950, 1.8 million people lived in Detroit; in 2013, 700,000 did. Since 1950 Buffalo, New York has lost 55 percent of its population. Cleveland, Ohio has lost 56 percent, and Youngstown, Ohio has lost 61 percent. Read More 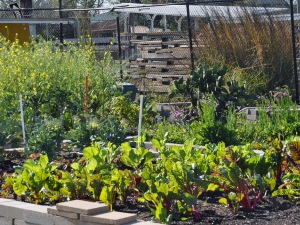 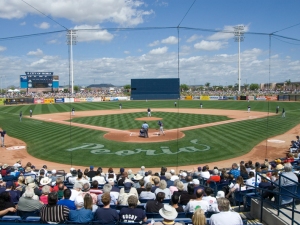