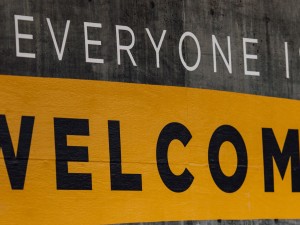 By Xi Huang (University of Central Florida) | With decades of deindustrialization and the hard hit of the Great Recession, Detroit is characterized by urban blight, racial tension, residential segregation, and poverty. The region’s leaders have tried several countermeasures including economic diversification and “eds and meds” anchoring, and immigrant attraction appears to have become a sought-after strategy to address the region’s economic and demographic declines. This study examines whether this strategy has brought desirable outcomes, mainly focusing on the efforts led by Global Detroit that started in 2010. Using the synthetic control method that compares Detroit to a synthetical Detroit between 2011 and 2014, it finds that the immigrant-welcoming efforts have increased the immigrant share of the population in the Detroit region during the post-intervention period of 2011-2014. The share of high-skilled immigrants in the local population also increased during this time, albeit with weak statistical significance. Read More 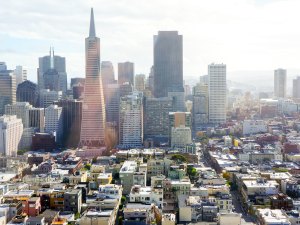 Benjamin Gonzalez-O'Brien, Loren Collingwood, and Stephen El-Khatib| The July 1st, 2015 shooting of Kathryn Steinle in San Francisco by Juan Francisco Lopez-Sanchez, an undocumented immigrant, reignited the debate over sanctuary policies in the United States. Lopez-Sanchez had been deported seven times and had been arrested on a marijuana possession charge in San Francisco, but was subsequently released when the city chose not to prosecute him despite a request by Immigration and Customs Enforcement (ICE) that he be held so he could be taken into custody for deportation. Then Republican presidential candidate Donald Trump seized on the shooting as an example of the crime encouraged by sanctuary city policies throughout the United States and promised to strip funding from these localities if he became president. As president, Trump followed through with this promise, signing an executive order titled, “Enhancing Public Safety in the Interior of the United States,” on January 25th, 2017, just days after his inauguration. Read More 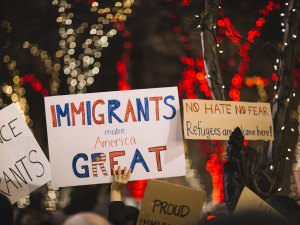 Jason P. Casellas and Sophia J. Wallace | Due to the stall in immigration reform at the federal level, there has been a rapid increase in state-level immigration policies over the last 15 years. Some states pursued restrictionist policies aimed at limiting immigrants’ rights and increasing immigration enforcement, such as Arizona through SB 1070, while others have sought to expand and protect immigrant rights, such as California in declaring the entire state a sanctuary. During the 2016 campaign and in his presidency, Donald Trump repeatedly promised increasing restrictive immigration policies aimed at reducing the number of undocumented immigrants, massive deportations, building a wall on the U.S-Mexico border, and imposing harsh penalties on immigrants. Read More

Michalis Moutselos, Christian Jacobs, Julia Martínez-Ariño, Maria Schiller, Karen Schönwälder, Alexandre Tandé | In many European countries, "diversity" has become a common term in political and public life. In Germany, for instance, thousands of companies, administrations, and other civil society actors have signed a diversity charter. Recent governments have run campaigns announcing the diversity is good for German society (Schönwälder and Triadafilopoulos 2016). But what exactly is meant by "diversity"? Is this just a slogan that suits economic interests and obscures inequalities, as some critics fear? Or is "diversity" associated with more equality? And how widely do important actors in German society actually share the positive appreciation of diversity? The arrival of hundreds of thousands of refugees has also been accompanied by more vocal anti-immigration mobilization. Read More 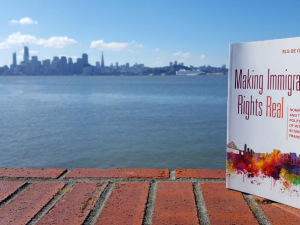 Els de Graauw's new book Making Immigrant Rights Real: Nonprofits and the Politics of Integration in San Francisco unpacks the puzzle of how immigrant-serving nonprofits successfully navigate the many constraints on their advocacy to influence the local governance of immigrant integration. It focuses on nonprofit advocacy for immigrant rights in San Francisco, a traditional immigrant-receiving city with over 200 active immigrant-serving nonprofits, along with similar nonprofits in Houston, New Haven, New York City, Oakland, San Jose, and Washington, D.C. Read More

Against the backdrop of increasing immigration dispersion and ongoing stalemate over federal immigration reform, many local governments have taken immigration matters into their own hands. While opposing approaches to undocumented immigrants (anti-immigrant policies versus sanctuary ordinances) are observed in many municipalities, a new type of local immigration policy has emerged recently, which shifts from a focus on the basic rights of undocumented immigrants to a recognition of immigrant contributions to community development: welcoming cities Read More

I want to bring to your attention two recent Washington Post Monkey Cage articles by the authors of the also recently published UAR article, “The Politics of Refuge: Read More

By Michael Pagano | The 2016 presidential campaign rhetoric was laced with mischaracterizations of cities, even as we have come to understand the importance of cities and metro regions as the nation’s key economic drivers in the 21st Century. Yet, campaign rhetoric and the candidates’ statements do speak to an understanding of each candidate’s perspectives on cities and their connections to the federal government. Let’s take a look at three broad federal policy areas that will certainly be (or already have been) addressed by the Trump Administration and that clearly have a place-based dimension: infrastructure, tax reform, and sanctuary cities. Read More